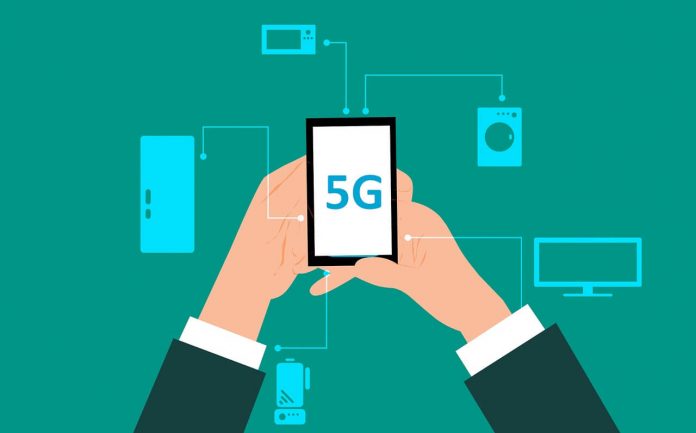 Millimeter waves, massive MIMO, full duplex, beamforming, and small cells are just a few of the technologies that could enable ultrafast 5G networks

Today’s mobile users want faster data speeds and more reliable service. The next generation of wireless networks—5G—promises to deliver that, and much more. With 5G, users should be able to download a high-definition film in under a second (a task that could take 10 minutes on 4G LTE). And wireless engineers say these networks will boost the development of other new technologies, too, such as autonomous vehicles, virtual reality, and the Internet of Things.

If all goes well, telecommunications companies hope to debut the first commercial 5G networks in the early 2020s. Right now, though, 5G is still in the planning stages, and companies and industry groups are working together to figure out exactly what it will be. But they all agree on one matter: As the number of mobile users and their demand for data rises, 5G must handle far more traffic at much higher speeds than the base stations that make up today’s cellular networks.

To achieve this, wireless engineers are designing a suite of brand-new technologies. Together, these technologies will deliver data with less than a millisecond of delay (compared to about 70 ms on today’s 4G networks) and bring peak download speeds of 20 gigabits per second (compared to 1 Gb/s on 4G) to users.

At the moment, it’s not yet clear which technologies will do the most for 5G in the long run, but a few early favorites have emerged. The front-runners include millimeter waves, small cells, massive MIMO, full duplex, and beamforming. To understand how 5G will differ from today’s 4G networks, it’s helpful to walk through these five technologies and consider what each will mean for wireless users.

Today’s wireless networks have run into a problem: More people and devices are consuming more data than ever before, but it remains crammed on the same bands of the radio-frequency spectrum that mobile providers have always used. That means less bandwidth for everyone, causing slower service and more dropped connections.

One way to get around that problem is to simply transmit signals on a whole new swath of the spectrum, one that’s never been used for mobile service before. That’s why providers are experimenting with broadcasting on millimeter waves, which use higher frequencies than the radio waves that have long been used for mobile phones.

Until now, only operators of satellites and radar systems used millimeter waves for real-world applications. Now, some cellular providers have begun to use them to send data between stationary points, such as two base stations. But using millimeter waves to connect mobile users with a nearby base station is an entirely new approach.

There is one major drawback to millimeter waves, though—they can’t easily travel through buildings or obstacles and they can be absorbed by foliage and rain. That’s why 5G networks will likely augment traditional cellular towers with another new technology, called small cells.

Small cells are portable miniature base stations that require minimal power to operate and can be placed every 250 meters or so throughout cities. To prevent signals from being dropped, carriers could install thousands of these stations in a city to form a dense network that acts like a relay team, receiving signals from other base stations and sending data to users at any location.

While traditional cell networks have also come to rely on an increasing number of base stations, achieving 5G performance will require an even greater infrastructure. Luckily, antennas on small cells can be much smaller than traditional antennas if they are transmitting tiny millimeter waves. This size difference makes it even easier to stick cells on light poles and atop buildings.

This radically different network structure should provide more targeted and efficient use of spectrum. Having more stations means the frequencies that one station uses to connect with devices in one area can be reused by another station in a different area to serve another customer. There is a problem, though—the sheer number of small cells required to build a 5G network may make it hard to set up in rural areas.

In addition to broadcasting over millimeter waves, 5G base stations will also have many more antennas than the base stations of today’s cellular networks—to take advantage of another new technology: massive MIMO.

Today’s 4G base stations have a dozen ports for antennas that handle all cellular traffic: eight for transmitters and four for receivers. But 5G base stations can support about a hundred ports, which means many more antennas can fit on a single array. That capability means a base station could send and receive signals from many more users at once, increasing the capacity of mobile networks by a factor of 22 or greater.

This technology is called massive MIMO. It all starts with MIMO, which stands for multiple-input multiple-output. MIMO describes wireless systems that use two or more transmitters and receivers to send and receive more data at once. Massive MIMO takes this concept to a new level by featuring dozens of antennas on a single array.

MIMO is already found on some 4G base stations. But so far, massive MIMO has only been tested in labs and a few field trials. In early tests, it has set new records for spectrum efficiency, which is a measure of how many bits of data can be transmitted to a certain number of users per second.

Massive MIMO looks very promising for the future of 5G. However, installing so many more antennas to handle cellular traffic also causes more interference if those signals cross. That’s why 5G stations must incorporate beamforming.

Beamforming is a traffic-signaling system for cellular base stations that identifies the most efficient data-delivery route to a particular user, and it reduces interference for nearby users in the process. Depending on the situation and the technology, there are several ways for 5G networks to implement it.

Beamforming can help massive MIMO arrays make more efficient use of the spectrum around them. The primary challenge for massive MIMO is to reduce interference while transmitting more information from many more antennas at once. At massive MIMO base stations, signal-processing algorithms plot the best transmission route through the air to each user. Then they can send individual data packets in many different directions, bouncing them off buildings and other objects in a precisely coordinated pattern. By choreographing the packets’ movements and arrival time, beamforming allows many users and antennas on a massive MIMO array to exchange much more information at once.

For millimeter waves, beamforming is primarily used to address a different set of problems: Cellular signals are easily blocked by objects and tend to weaken over long distances. In this case, beamforming can help by focusing a signal in a concentrated beam that points only in the direction of a user, rather than broadcasting in many directions at once. This approach can strengthen the signal’s chances of arriving intact and reduce interference for everyone else.

Besides boosting data rates by broadcasting over millimeter waves and beefing up spectrum efficiency with massive MIMO, wireless engineers are also trying to achieve the high throughput and low latency required for 5G through a technology called full duplex, which modifies the way antennas deliver and receive data.

Today’s base stations and cellphones rely on transceivers that must take turns if transmitting and receiving information over the same frequency, or operate on different frequencies if a user wishes to transmit and receive information at the same time.

With 5G, a transceiver will be able to transmit and receive data at the same time, on the same frequency. This technology is known as full duplex, and it could double the capacity of wireless networks at their most fundamental physical layer: Picture two people talking at the same time but still able to understand one another—which means their conversation could take half as long and their next discussion could start sooner.

Some militaries already use full duplex technology that relies on bulky equipment. To achieve full duplex in personal devices, researchers must design a circuit that can route incoming and outgoing signals so they don’t collide while an antenna is transmitting and receiving data at the same time.

This is especially hard because of the tendency of radio waves to travel both forward and backward on the same frequency—a principle known as reciprocity. But recently, experts have assembled silicon transistors that act like high-speed switches to halt the backward roll of these waves, enabling them to transmit and receive signals on the same frequency at once.

One drawback to full duplex is that it also creates more signal interference, through a pesky echo. When a transmitter emits a signal, that signal is much closer to the device’s antenna and therefore more powerful than any signal it receives. Expecting an antenna to both speak and listen at the same time is possible only with special echo-canceling technology.

With these and other 5G technologies, engineers hope to build the wireless network that future smartphone users, VR gamers, and autonomous cars will rely on every day. Already, researchers and companies have set high expectations for 5G by promising ultralow latency and record-breaking data speeds for consumers. If they can solve the remaining challenges, and figure out how to make all these systems work together, ultrafast 5G service could reach consumers in the next five years.